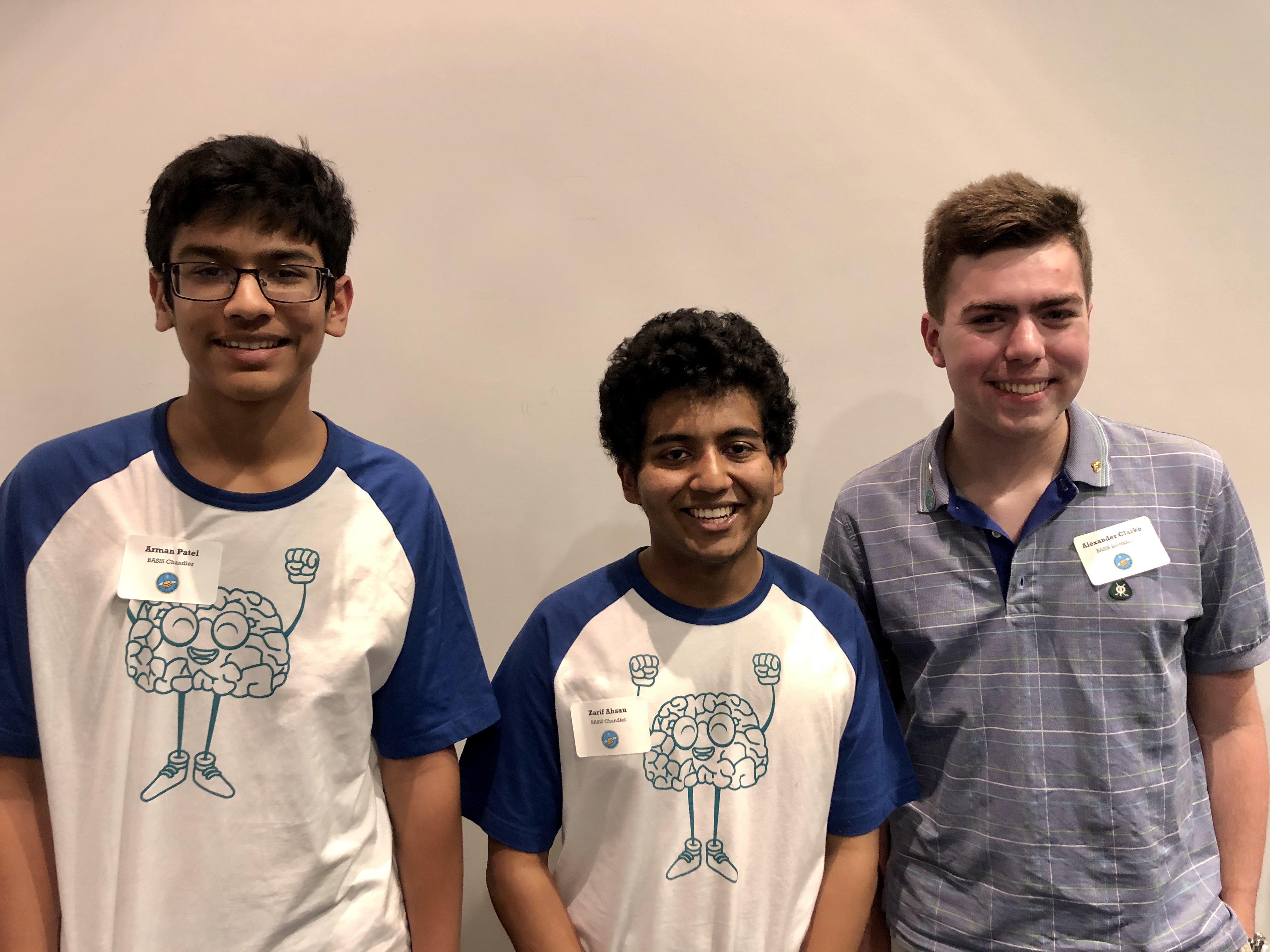 On Thursday, February 13th, Midwestern University welcomed some of Arizona’s top high school students for the annual Arizona Regional Brain Bee, an educational competition similar to a spelling bee that focuses on neuroscience. The 2020 Arizona Regional Brain Bee at Midwestern University was presented in partnership with the BHHS Legacy Foundation.

This year, 89 students from 15 Arizona high schools from as far away as Bagdad and Oro Valley converged on the University’s Glendale Campus to test their knowledge of the human brain and how it governs human behavior, and the science that helps medical professionals understand brain function. One of this year’s Brain Bee judges was Gen Fitzgerald, a first-year medical student at the Arizona College of Osteopathic Medicine who won the Arizona Regional Brain Bee as a student at Desert Vista High School in 2013.

In addition to being crowned top finisher in the Brain Bee, Mr. Ahsan won $2,500 in travel expenses to help him as he competes at the upcoming National Brain Bee Championship at Northeast Ohio Medical University.

Midwestern University faculty and students served as judges, question readers, timers, and scorekeepers for the Brain Bee. Questions ran the gamut from identifying physical features of the brain itself to naming brain disorders and diseases to surgical and medical practices that modify neural behaviors.