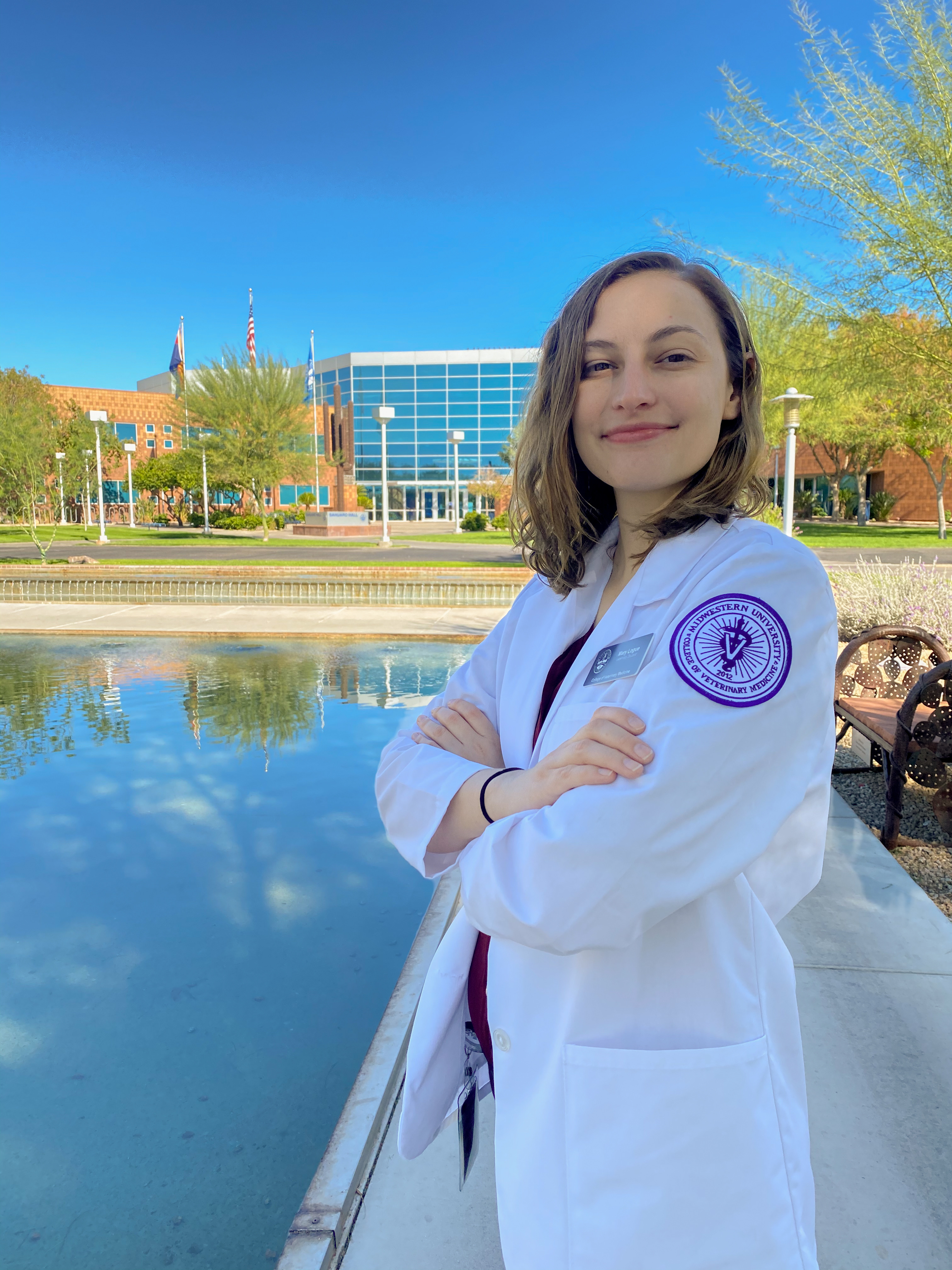 Midwestern University's Office of Research and Sponsored Programs (ORSP) supports a variety of opportunities for students to participate in a wide range of research projects on campus. The University’s One Health Research Grants are designed to promote research partnerships across disciplines and to provide additional opportunities for students to benefit from working with faculty mentors on meaningful research projects.

One of the recipients of the Student One Health Research Grants for the 2020-2021 academic year is M. Griffin Logue (CVM 2023), who is working on a continuing research project investigating the unique transmission of Rocky Mountain Spotted Fever (RMSF) by brown dog ticks in Arizona and the surrounding region.

RMSF is one of the worst tick-borne diseases in humans and animals. It is a disease whose initial symptoms are fairly generic – fever, headache, nausea, and vomiting – but can quickly become deadly. RMSF affects the cells in the lining of blood vessels and can eventually cause serious internal organ damage, particularly to the kidneys, as well as death in as little as eight days from the manifestation of symptoms if not immediately treated. There have been over 400 human cases of RMSF reported in Arizona since a 2003 outbreak, where previously it had been rarely reported.

“Rhipicephalus sanguineus, the brown dog tick, is prevalent throughout the nation and the world, but it is only known as a vector for RMSF in the Arizona region. Further, it is the only tick that transmits RMSF in Arizona, whereas in the rest of the country, a completely different species – Dermacentor variabilis, or the American dog tick – is the main vector for RMSF. Nobody even knew that the brown dog tick could transmit RMSF until the 2003 outbreak.” says John VandenBrooks, Ph.D., Associate Professor, Physiology, in the College of Graduate Studies (CGS) and one of the faculty sponsors for the research project.

“The goal of the research is to determine what is currently limiting the brown dog tick’s vectoring capacity to this geographic region,” Ms. Logue explains. “Currently, we are investigating genetic variation in Rickettsia rickettsii – the bacteria that causes RMSF – to identify potential evidence for the recent Rocky Mountain Spotted Fever disease outbreak in Arizona and the surrounding region.  The spread of Rocky Mountain Spotted fever is impacted by factors related to animals, humans, and the environment, requiring a One Health approach to research the spread of this zoonotic disease. With the information we gain through this research, we are aiming to be able to predict and prevent future outbreaks to slow the spread of the disease.”

Because RMSF not only affects both human and animal populations, but also because climate change could be playing a role in allowing tick populations to expand out of their current contained habitats, the research Ms. Logue and her fellow researchers are doing requires a committed multidisciplinary approach – one encouraged and supported by Midwestern University and its One Health Initiative. “Participating in research at Midwestern has shown me how valuable it is for different disciplines to come together and take a One Health approach to solve a problem,” Ms. Logue says. “If this research was being done in separate silos of healthcare, we would not understand how each factor combines to contribute to the spread of this disease.”