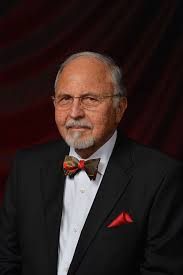 Midwestern University mourns the passing of Augustine Perrotta, D.O., an esteemed alumnus of the Chicago College of Osteopathic Medicine (CCOM) and prominent physician from Bloomfield Hills, MI. Dr. Perrotta was a lifelong supporter of the University as a member of the CCOM Alumni Association Board of Governors from 1990 to 1996, serving as the CCOM Alumni Board President from 1993 to 1995. His dedication to the development of the future generation of osteopathic physicians was apparent throughout his esteemed career as a physician and educator. Most recently, Dr. Perrotta established an endowed scholarship in honor of his academic mentor Ward E. Perrin, D.O. The Perrin scholarship will be awarded annually to deserving CCOM students.

After graduating from CCOM in 1966, Dr. Perrotta practiced medicine for more than 32 years, working as a hematologist and medical oncologist at the Detroit Osteopathic Hospital and the Henry Ford Hospital-Warren, Michigan, where he served as chair of the Department of Medicine and chief of the section of Hematology/Oncology. He also was an Emeritus Professor of Medicine at Michigan State University College of Osteopathic Medicine. Dr. Perrotta was the author, coauthor, or senior author of 50 abstracts, articles in peer-reviewed journals, and a chapter in two editions of the text, Foundations of Osteopathic Medicine. In retirement, he authored the book A View from the Inside, a collection of 15 medically oriented short stories.

Dr. Perrotta was a member of the American College of Internists, the American Osteopathic Association, the Michigan Osteopathic Association, and the Pope John Paul II Bioethics Commission. He was elected to the iLEARN Mentor Program Hall of Fame, and organization developed to honor those who helped shape the future of the osteopathic medical profession through their involvement with medical students and new physicians in practice. In addition, Dr. Perrotta was involved with many civic groups and charities.