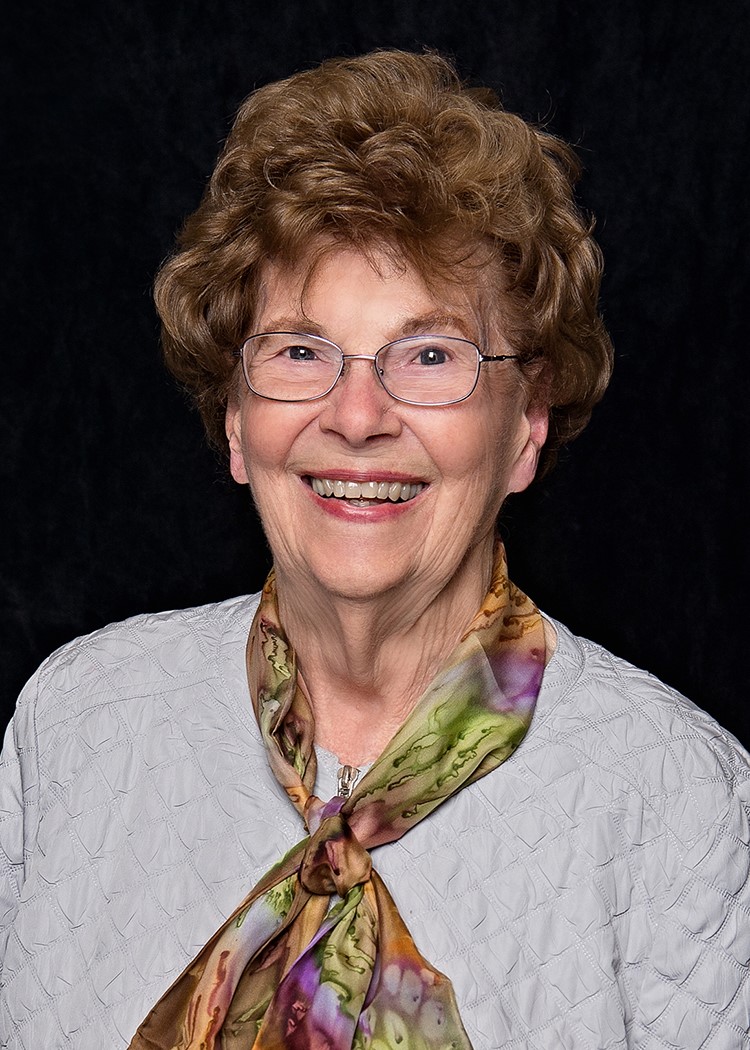 The Midwestern University community has lost a champion and advocate who devoted more than 40 years of service on the Board of Trustees. Gretchen Elizabeth Relyea Hannan passed away on October 4, 2018.

Mrs. Hannan joined the Midwestern University Board of Trustees in 1976. Throughout her tenure on the Board, she lent her expert guidance and thoughtful consultation. Mrs. Hannan held many roles on the Board and served for many years as Chair of the Trustee Nominating Committee, and as a member of the Compensation Committee.

"Gretchen has been instrumental in her role as Chair of the Nominating and Trustee Governance Committee for many years and provided us with wonderful institutional memory as well as being the lead on many pivotal decisions including the naming of our University," recalls Kathleen H. Goeppinger, Ph.D., President and Chief Executive Officer of Midwestern University.

Mrs. Hannan and Dr. Goeppinger first met when they both worked at Carson Pirie Scott and Company. A pivotal moment in their friendship was when Mrs. Hannan encouraged Dr. Goeppinger to consider joining the Board of Trustees of the Chicago Osteopathic Health Systems in 1985. "Over the years I grew in deep admiration of Gretchen, as she encouraged me to serve as Chair of the Board for more than six years," remembers Dr. Goeppinger. "She then suggested I accept the challenging of leading the osteopathic medicine college, which has grown into the University it is today."

Mrs. Hannan's fellow Board members mourn her passing and remember her unwavering professionalism and commitment. "Gretchen was very dedicated to Midwestern's Board and did everything she could to help develop Midwestern into a top-tier healthcare university. Gretchen was an important contributor to the dynamic growth of professional degree programs and the expansion of both campuses," said Kevin D. Leahy, University Board Member.  These sentiments were shared by University Board Member Kenneth R. Herlin who said, "Gretchen was someone to be admired for many reasons including her longevity and keen insight. She always made a positive contribution to any discussion. We will all miss her. May we all have lives as long, healthy, and purposeful as Gretchen."

A graduate of Barnard College, Mrs. Hannan spent most of her professional career in retail; beginning in merchandising with the Jordan Marsh Company of Boston as a buyer. Ten years later, she joined Carson Pirie Scott and Company of Chicago as a buyer, later becoming a divisional merchandise manager. She then moved to the control division, where she held several posts including Merchandise Reports Controller. Mrs. Hannan concluded her professional career at Carson's as Vice President of Training and Personnel, one of ten vice presidents at the company.  Due to her tremendous career achievements and volunteer work she was listed in "Who's Who of American Women."

Mrs. Hannan served on the boards of the United Way of Suburban Chicago, the United Way of Homewood/Flossmoor/Olympia Fields, the Foundation Board of Grand Prairie Services, and the Foundation Board of Flossmoor Community Church.  She enjoyed a lifetime of travel, developed a successful second career in real estate, and served Barnard College as an alumna area representative for admissions.

"Mrs. Hannan was always my hero," shares Dr. Goeppinger. "How many of us know a 96-year-old woman who would take off for her Michigan cottage one weekend and then drive down to her Florida home the next month? She has left a permanent and lasting imprint in my heart. I will truly miss her, but I know that her wisdom and love are with us forever."