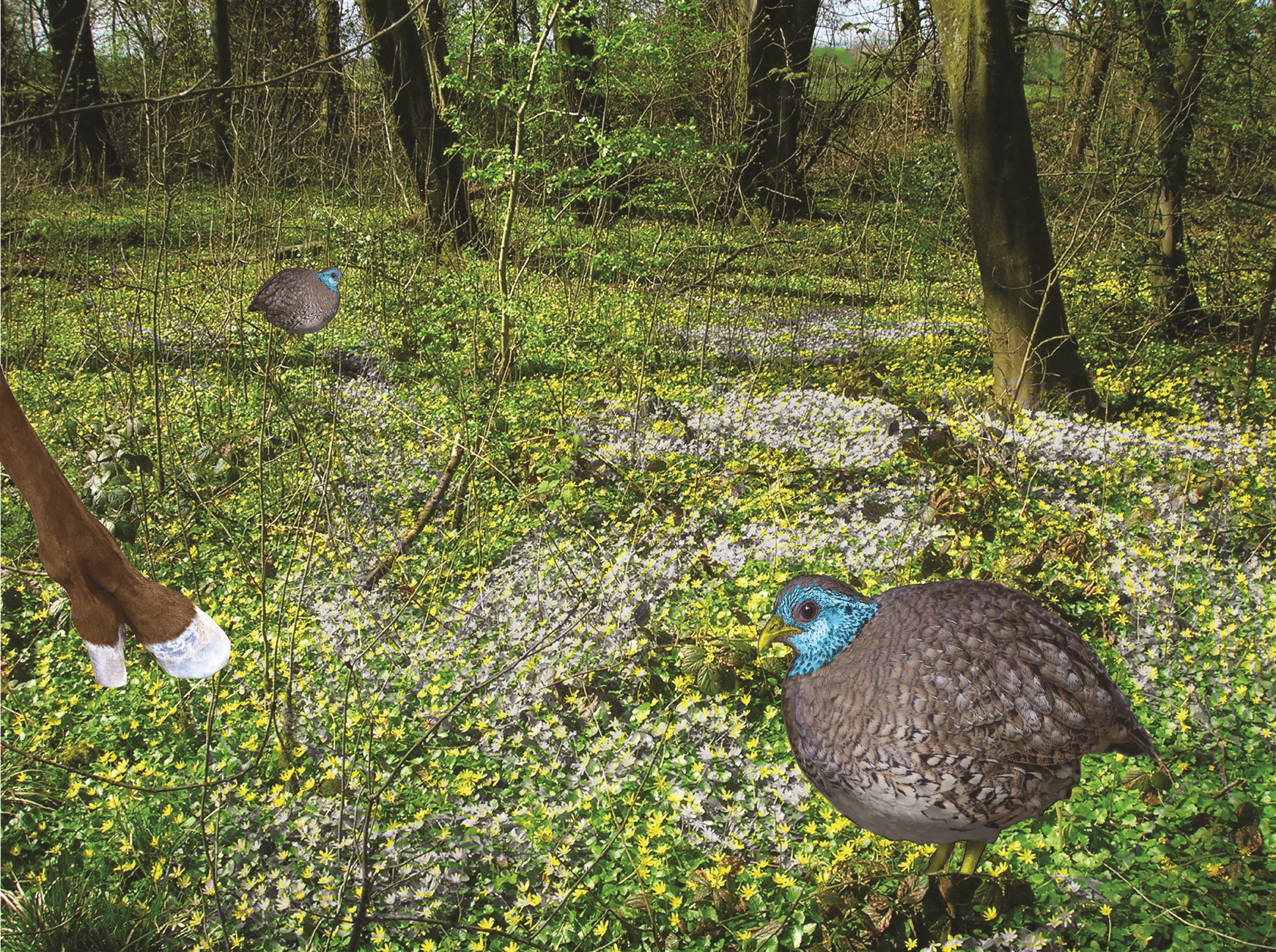 A new species of quail-sized fossil bird from 44 million year old sediments in Utah fills in a gap in the fossil record of the early extinct relatives of chickens and turkeys, and it shows strong links with other extinct species from Namibia in Southern Africa and Uzbekistan in Central Asia.

In their paper in the online scientific journal Diversity, the authors Dr. Thomas Stidham (Institute of Vertebrate Paleontology and Paleoanthropology, Chinese Academy of Sciences), Dr. Beth Townsend (Midwestern University, Arizona), and Dr. Patricia Holroyd (University of California Museum of Paleontology, Berkeley) describe the fossil of a distinct tiny bone from the shoulder girdle of an extinct quail-like bird from 44 million year old rocks in eastern Utah. This new Utah bird appears to be the oldest fossil of the extinct group called Paraortygidae, a relative of the living Galliformes (the group that includes the living chicken, turkey, guineafowl, and quail). This fossil fits in a nearly 15 million-year gap in the fossil record of the galliform lineage in North America.

See the full text at Diversity