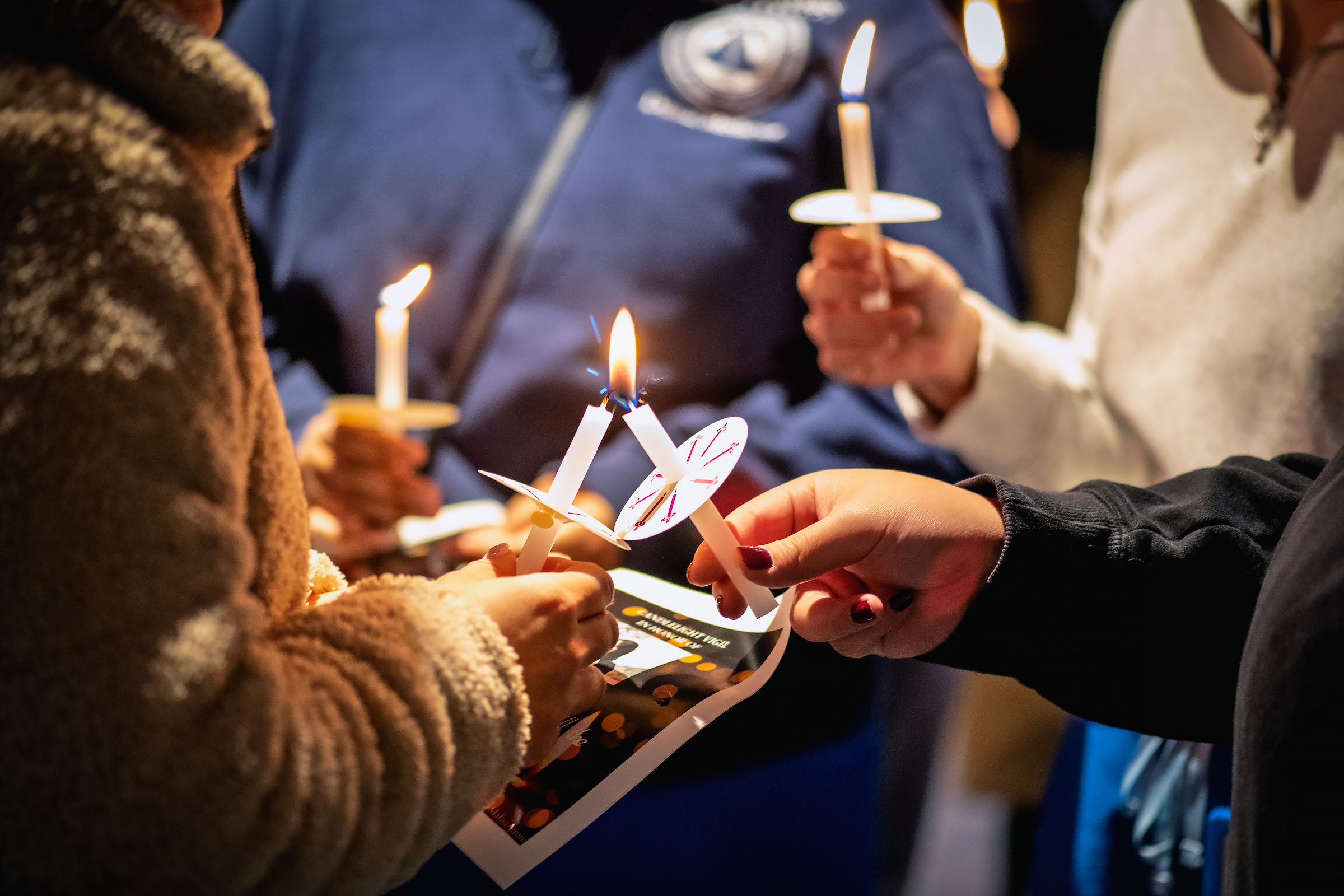 On October 11 and October 18, the Midwestern University Glendale and Downers Grove Campuses held vigils in memory of Mahsa Zhina Amini, a 22-year-old Iranian woman who died on September 16. Ms. Amini was approached by the police outside a subway station while vacationing in Tehran, and was arrested for not wearing her hijab (headscarf) in accordance with the country’s dress code. After being transferred to a hospital, authorities reported that she became ill, had a heart attack at a police station, and fell into a coma. However, Ms. Amini’s family and various eyewitnesses assert that she was severely beaten upon her arrest, with her death being the result of severe trauma. In response to this senseless loss, the Iranian people started large-scale demonstrations, with the global community expressing solidarity and support.

The Persian Cultural Club (PCC) on the Glendale Campus hosted a moving vigil, and set up a memorial display with pictures of those who have lost their lives in Iran. The vigil started with the PCC educating attendees on current affairs, as well as explaining the timeline of events since Ms. Amini was killed. Candles were lit, and a moment of silence was held in memory of Ms. Amini and other victims of violence, and in support of the Iranian- American community on campus, their friends and families, and all people who are seeking respect for human rights. Throughout this event, the words  ‘zan, zendegi, azadi’ (meaning “Woman, life, freedom” in English) were recited, and the PCC members taught these words to the attendees. Towards the end of the vigil, some students cut their hair as a show of solidarity with the Iranian women; cutting hair is culturally symbolic in Iran – a historical Persian tradition that is a sign of grief and mourning.

On the Downers Grove Campus, a vigil was led by the Arab Student Union and Middle Eastern Pharmacists Association (MePA). Leila Ammeri (third-year Doctor of Pharmacy Program student), President of MePA, welcomed the attendees, shared Ms. Amini’s story, and expressed the need for the community to come together and stand for women’s rights. Students, staff, and faculty were then given the opportunity to share any thoughts or reflections. Kaveh Adel, D.D.S., Associate Dean, College of Dental Medicine – Illinois, shared his experiences as a child growing up in Iran, as well as his thoughts on the current situation.

Both vigils were closed with ‘Baraye, ’(“For...”) a song written by Shervin Hajipour, as an anthem for women, freedom, and the right to an ordinary life. After posting his song on social media on September 28, it received more than 40 million views within Iran and across the world. Mr. Hajipour was arrested and required to remove the song from social media; however,  the beautiful, mournful melody has already gained worldwide popularity, serving as a unifier across socioeconomic lines, ethnicities, and geographic regions.

One of the organizers of the Glendale vigil and PCC member, Ashkan Rastegar, (second-year Doctor of Pharmacy Program student) said of the event: “what matters most about the situation in Iran is for the global community to keep talking about what is going on. The Iranian people can only share what is happening within the country through the Internet, but online access to upload videos is a task that is becoming increasingly more difficult. Amplifying their voices is the best thing anyone can do.”