“ My campus interview made me choose Midwestern University because the staff and students were very welcoming and professional. As a licensed healthcare professional, I felt like I belong here. ”

Tell us about your path towards medicine.

I first became interested in medicine in a high school anatomy course where a field trip took me to Marquette University’s gross anatomy laboratory. While there, I was shown several normal as well as pathologic specimens; I was taught by the undergraduate teaching assistants and was amazed at their knowledge. Little did I know at the time I would matriculate at Marquette and become a teaching assistant in the same lab just three years later, assisting in teaching students from my high school just as I had been. I have been in love with anatomy and medicine since. After graduation, I became a medical scribe and became the chief medical scribe at St. Nicholas Hospital Emergency Department in Sheboygan, WI where I worked for two years before beginning at Midwestern University.

What made you choose Midwestern University?

A few of the reasons I chose Midwestern include its proximity to my hometown as well as a large urban center, early clinical training (we learn how to take a complete history and physical in year one), as well as its welcoming atmosphere. The University is dedicated to the medical profession, and I find comfort in knowing that everyone around me has the same goal.

What are you most excited about going forward?

What are you most excited about going forward? Going forward, I am most excited to practice and learn about Osteopathic Manipulative Treatment and its role/utility in both inpatient and outpatient settings. I want to make this form of treatment more widely known, and look forward to sharing it with my future patients. 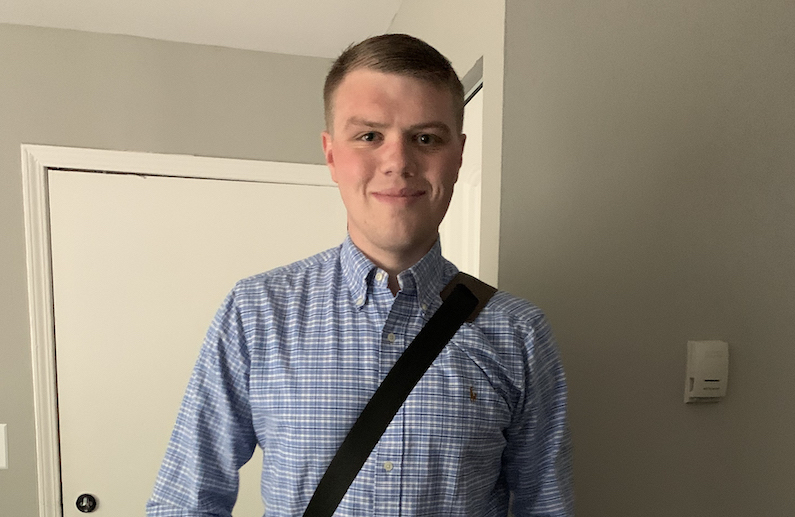