Dr. Jacalyn Green earned her Ph.D. in Biological Chemistry from The University of Michigan in 1988. She completed her Post-Doctoral Fellowship at The University of Illinois at Chicago in 1995. She embarked upon her career teaching medical biochemistry at the Dr. William M. Scholl College of Podiatric Medicine in 1995. In 2000, she joined the Department of Biochemistry at Midwestern University as an assistant professor. She was promoted to associate professor in 2007, and to full professor in 2014. 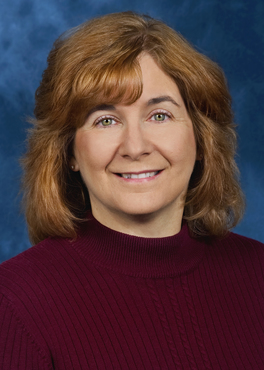 IBSS (Dental):  Lecturer for first-year students of the College of Dental Medicine-IL

IBSS (Dental):  Lecturer for first-year students of the College of Dental Medicine-IL

Folic Acid Metabolism Folic acid is a water soluble vitamin that is biologically active in its reduced forms, which act as one-carbon carriers in the biosynthesis of DNA, RNA, and amino acids. Folic acid is synthesized in plants and bacteria, and is required by humans. The importance of this vitamin in support of cell division in both prokaryotes and eukaryotes has resulted in many clinical applications.  These include the development of antibiotics which target folate biosynthesis in bacteria, and chemotherapeutic drugs which target folate utilization in rapidly dividing cells.  Reduced folate availability also has a role in DNA methylation, and therefore impacts epigenetic regulation of gene expression; this is increasingly recognized to play an important role in carcinogenesis.

Head and neck squamous cell carcinoma (HNSCC) is the sixth leading cause of death by cancer world-wide. Unfortunately, diagnosis is often made at advanced stages, resulting in a poor prognosis for patients.  Risk factors include use of tobacco products, alcohol consumption, and infection by human papillomavirus.   We hypothesize that nutritional factors may also contribute to disease progression:  we are interested in the effects of a diet high in fat or low in fat, and in the effects of folate deficiency versus folate adequacy. We have completed work with an established mouse model of oral cancer in which a carcinogen mimicked the effects of smoking to investigate whether a high fat diet or poor folic acid nutrition contribute to disease onset and progression.  While work with the animals has been completed, analysis of the tissues continues, and involves using immunohistochemistry to measure protein expression in tissue sections.  We are interested in determining whether this established model of oral cancer may also extend to cancer in other organs as well.  Proteins of interest include inflammatory markers (primarily in tissues from animals fed a high fat or low fat diet), folate transport proteins (primarily in tissues from animals fed a folate-deficient or folate-sufficient diet), and other biomarkers of cancer (EGFR, Ki67). Completion of this study may lead to better diagnostic tools or dietary interventions for prevention. This project is in collaboration with Dr. Joanna Goral (CGS, Anatomy), Dr. Mae Ciancio (CGS, Biomedical Sciences) and Dr. Bruno Jham (CDMI).

An additional focus of our laboratory is the investigation of bacterial folate catabolism, using Escherichia coli as a model system.  Bacterial biosynthesis of folate is well understood, and has yielded many clinical applications in the form of antibiotics.  In contrast, folate catabolism has been much less studied. We study the abg operon of E. coli which encodes proteins involved in uptake and cleavage of folate catabolite p-aminobenzoyl-glutamate (PABA-GLU).  Our laboratory has demonstrated that transport protein AbgT imports PABA-GLU, and PABA-GLU hydrolase (PGH), an AbgA2AbgB2 hetero-tetramer, cleaves it into PABA and glutamate.  Divergently transcribed from the abg operon is the gene encoding the transcriptional regulator AbgR.  This operon is present only in E. coli and its close relatives, and there are intriguing patterns of differences in the sequences among these strains that suggest that the genes/proteins of the abg operon may play a role in determining the virulence of the most pathogenic members.  E. coli strains range in pathogenicity, ranging from the benign E. coli K12 strains to those causing urinary tract infections to those causing hemolytic uremic syndrome.  In addition, antibiotic resistance is a growing problem in medicine; any pathway that is important to the pathogen and absent in the human host offers a potential anti-bacterial target.

member, American Association for the Advancement of Science

Title:  Transport and Metabolism of Folate Analogs in E. coli

Title:  Role of the abg Locus of E. coli in Folate Catabolism