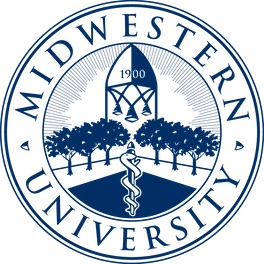 Metals are essential micronutrients for microorganisms to proliferate and compete in their environment. Advances in our understanding of iron, copper, manganese and zinc homeostasis have shown their relevance in mediating virulence of human and veterinary pathogens. Our research lab focuses on the function and regulation of metal-containing proteins and metal-responsive transcription factors of microorganisms with environmental and/or clinical relevance. Using a combination of genetic, microbiological and biochemical approaches, we seek to comprehend the microbial metabolism of metals, towards the goal of providing therapeutic applications against infectious diseases. Currently, we have two key ongoing projects in the lab:

Metal-responsive transcription factors as key determinants of microbial virulence
Metal homeostasis has been well studied in both Gram-negative and Gram-positive bacteria. A panel of metal-dependent transcriptional regulators has been described to regulate metal uptake and efflux systems, and hence collectively control the biology of metals. Metal homeostasis is critical for cell survival, and hence it is directly involved in the virulence of human, plant and veterinary pathogens. We are particularly interested in the Fur family of metalloregulatory proteins, including the Zinc Uptake Regulator (Zur), the Ferric Uptake Regulator (Fur), or the Peroxide Regulator (PerR), among others. We have identified the corresponding proteins in Klebsiella sp., an emerging human and animal pathogen responsible for multiple cases of nosocomial infections. We are interested in further characterizing protein function and relation to bacterial virulence, as key targets for the development of new antimicrobials.

Metallochaperones involved in the delivery of the iron-molybdenum cofactor of nitrogenase
Biological nitrogen fixation, the conversion of atmospheric N2 into a form of nitrogen that can be metabolized by organisms, is an essential natural process that supports life on Earth. Biological nitrogen fixation occurs in one of the most complex metal cofactors in Nature (iron-molybdenum cofactor or FeMo-co in the most common forms) located in the nitrogenase active site. This cofactor does not assemble on nitrogenase itself, but instead in a series of steps involving other required proteins, to be finally inserted into nitrogenase. Klebsiella sp. and Azotobacter vinelandii are the classic model organisms for studying the biochemistry of nitrogen fixation. The study of nitrogenase is critical given (i) its essential role for agriculture (and hence, human health), and (ii) its use as a model to understand biosynthesis of complex metal cofactors in general, many of them vital part of human proteins.

We are interested in understanding how bacteria synthesize and insert this complex cofactor, FeMo-co, with the help of the NifX family of metallochaperones. The NifX family of proteins includes at least six proteins involved in the biosynthesis of the nitrogenase cofactor. However, the functions of many of them are not completely understood yet. By studying protein activity and structure, we aim to shed more light on the role of this group of metallochaperones.