Dr. Burnworth graduated from the University of Missouri Kansas City School of Pharmacy in 2001. She then completed American Society of Health-System Pharmacists (ASHP)-accredited residencies in Pharmacy Practice (PGY1) and Adult Internal Medicine (PGY2) at Grady Health System in Atlanta, Georgia. She joined the faculty at Midwestern University College of Pharmacy in 2004, and, is currently a Professor of Pharmacy Practice. Dr. Burnworth precepts pharmacy students on advanced pharmacy practice experiences at Maricopa Integrated Health-System in Phoenix, Arizona where she provides clinical pharmacy services for an adult internal medicine team. She is currently involved with teaching several hospital-based courses at the University and an elective course called Rare and Interesting Diseases. She assists with pharmacy resident professional development as a core faculty member in the Clinicians Educators Program, a post-graduate teaching and learning curriculum program, offered by Midwestern University.

Dr. Burnworth is a leader in promoting health-system pharmacy, student mentorship, minimization of drug shortages, advocacy, and rare diseases education at various levels. She has held several leadership roles with the Arizona Pharmacy Association (AzPA) including Chair of the Health-System Academy from 2007-2009 and developing and implementing the inaugural AzPA Mentor Connection Program. She remains active with the AzPA Health-System Academy and Legislative Committee with annual contributions to the Political Action Committee (PAC). She has presented several advocacy educational programs at the state level. Dr. Burnworth was honored with AzPA’s Service to Pharmacy award twice, Pharmacist of the Year, Appreciation to Pharmacy award, and Hall of Fame award. She is recognized as a Fellow of AzPA.

Dr. Burnworth was appointed to the ASHP Commission on Affiliate Relations (2011-2014) and participated in ASHP’s Legislative Day (2011, 2012, 2013). She served ASHP on the Committee on Nominations as second alternate (2012-2013). She was elected as an Arizona Delegate in ASHP’s House of Delegates (4 consecutive terms ending in 2021). Currently, she serves ASHP on the Advocacy and PAC Advisory Committee (2015-Present) and makes annual contributions to the national PAC. She has been an invited presenter at several advocacy educational programs at the national level. In 2008 and 2009, she received ASHP’s State Affiliate Leadership Appreciation award. She is recognized as a Fellow of ASHP.

In 2018, Dr. Burnworth joined the National Organization for Rare Disorders (NORD) Rare Action Network (RAN) and was appointed as the Arizona Volunteer State Ambassador. She was instrumental in organizing the inaugural Rare Disease Day in Arizona and Proclamation signing. 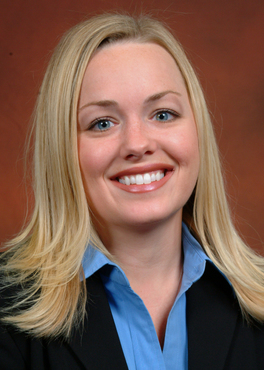