I completed my Doctorate of Veterinary Medicine in 2004, and despite an initial interest in emergency medicine, several years of research and more than a few great role models convinced me to pursue infectious disease research.  My early years in veterinary school were chock full of fascinating infectious disease outbreaks across the globe - Foot and Mouth Disease and BSE in the UK, Avian Influenza in Southeast Asia, and SARS in Asia and Canada.  Based on my developing interests in wildlife and prion diseases, I decided to pursue a Microbiology residency and PhD at Colorado State University.

While my residency training left a lot to be desired, my research in the lab of Dr. Ed Hoover at CSU was incredibly rewarding.  Dr. Hoover remains one of the most highly respected researchers in the areas of both feline retroviruses and Chronic Wasting Disease - a prion disease of deer, elk, and other cervid species.  I began by investigating the role of various bodily fluids in the transmisison of CWD between deer, using newly developed amplification techniques and transgenic mouse bioassay.  I continued to apply these techniques towards a more sensitive diagnosis of the disease in pre-clinical animals, and eventually extended them to surveillance of free-ranging deer across the country.

After completing my PhD and post-doctoral training in 2013, I continued my research in the laboratory of Dr. Juergen Richt at Kansas State University's Center of Excellence for Emerging and Zoonotic Diseases (CEEZAD).  Like Dr. Hoover, Dr. Richt is another highly respected researcher in the realm of prion diseases as well as major zoonotic and transboundary diseases.  In turn, CEEZAD is charged with developing approaches the mitigate the impact of a number of important emerging zoonotic diseases across the globe.  While there, I applied the amplification techniques that were developed during my graduate training to sensitive live-animal testing approaches for CWD, with the help of deer farmers and a number of state and federal agencies in the US and Canada.  I was also involved in the early stages of the development of a vaccine for African Swine Fever, a disease currently devastating swine operations in Asia, with Australia, Canada, and the US in its sights.

In 2015 I accepted a position in the Department of Microbiology and Immunology at Midwestern University's Glendale campus, and I am currently an Assistant Professor lecturing on topics covering bacteriology, virology, immunology, and foreign animal diseases in the Colleges of Veterinary Medicine and Osteopathic Medicine. 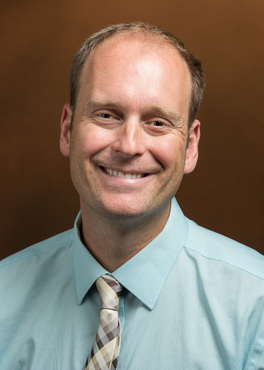 My research focuses on several aspects of chronic wasting disease (CWD) - a prion disease of deer, elk, and other cervid species.  Like other prion diseases, CWD is caused by a misfolded, infectious form of the prion protein. This protein is normally produced by most higher animals, and is encoded by the prion gene, PRNP.  When the normal protein is exposed in vivo and in vitro to the abnormally folded protein, PrPres, the normally folded protein is coerced into taking the abnormal formation, which is extremely resistant to cellular and environmental degredation.  The accumulation of this misfolded protein in the CNS is what triggers a progressive and ultimately fatal neurodegenerative process that has similarities to other protein misfolding disorders, including Alzheimer's disease.

My initial research focus was on developing more sensitive methods of testing, including antemortem testing approaches.  Primarily utilizing RT-QuIC, an technique for amplifying the abnormal prion protein at the heart of this disease, my collaborators and I made use of a range of tissues that could be collected both postmortem and antemortem, including brain and lymph nodes, rectal biopsies, blood, urine, feces, and saliva.

Through my investigations, and with a significant amount of help from the deer and elk farming industries in the United States and Canada, we've continued to flesh out the role of genetic resistance in managing CWD in farmed deer and elk populations.  Genetic surveillance of different alleles of the PRNP gene in farmed deer across North America has identified patterns of distribution and relative levels of susceptibility to CWD.  We are now taking advantage of what we've learned to determine how resistance might affect the progression of the disease, our ability to diagnosis it, and its impact on disease prevalence.

A complete list of publications can be found here: https://www.ncbi.nlm.nih.gov/myncbi/1Lqep66WoqoQr/bibliography/public/