The long-term goal of my research is to establish the mechanisms and circuitry by which signals from cardiorespiratory afferents integrate within the brainstem to produce reflex autonomic responses. Specifically, I am interested in how trigeminal neurons reflexly modulate cardiorespiratory control mechanisms within the mammalian brainstem. Upon submersion under water, or after stimulation of the nasal passages with noxious vapors, mammals exhibit a powerful functional reorganization of the cardiorespiratory system to protect against asphyxic apnea, the so-called "diving response". This complex autonomic response includes apnea in the expiratory position, an intense bradycardia, and an alteration of peripheral vascular tone resulting in a redistribution of cardiac output. Initiation of this response results primarily from stimulation of receptors of the trigeminal nerves that innervate the face and nasal passages.

Although the afferent and efferent aspects of this response have been well characterized, the brainstem circuitry that links the afferent stimuli to efferent response is still unknown. Therefore, the objective of my current research is to investigate the central neural connections and functional relationships between stimulation of the trigeminal system and neuronal activity in autonomic nuclei in the medulla. I use multiple experimental approaches to investigate this objective. The first approach is to train rats to swim and dive underwater through a 5m long Plexiglas maze, and then identify and characterize brainstem neurons that were activated by voluntary diving. The second approach is to identify neuronal connections between brainstem nuclei using anterograde and retrograde tracers. The third approach is to record physiological variables in anesthetized rats while stimulating the nasal passages or the individual nerves that innervate the nasal passages.

This research has implications for understanding the mechanisms of neurogenic hypertension because it hypothesizes that a defensive reflex (upper respiratory tract stimulation) can inhibit a homeostatic reflex (arterial baroreflex). Also, this proposal could provide a neurological basis for the etiology of Sudden Infant Death Syndrome (SIDS). 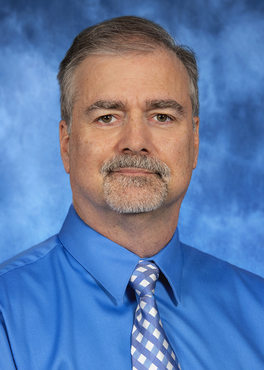 Identification of brainstem neurons activated during voluntary diving in rats

The general aim of this research is to identify and characterize brainstem neurons that are activated during voluntary diving. Rats are trained to voluntarily dive underwater through a maze to elicit the diving response. The brainstems from these animals are then immunohistologically processed to identify or characterize the brainstem neurons that were activated by voluntary diving. In some cases brainstem tissue is immunohistologically processed for double or triple labeling. The hypothesis of these experiments is that specific neurons within the brainstem of rats are activated during voluntary diving. A second set of rats trained to voluntarily dive underwater are fitted with implantable heart rate and blood pressure transmitters to allow correlation of physiological responses to diving with brainstem neuronal activation.

The general aim of this research is to identify neuronal connections between brainstem nuclei using anterograde and retrograde tracers. Commercially available anterograde or retrograde tracers are stereotaxically injected into specific brainstem nuclei. In a second set of animals, nerves that innervate the nasal passages, such as the anterior ethmoidal and infrorbital nerves are injected with a transganglionic tracer to determine their central projections. In a third set of animals, the nasal passages are injected with a transganglionic tracer to determine the central projections of nerves that innervate this region. After allowing neuronal transport of the tracer substance, brainstem tissue is immunologically processed to identify the projection sites of the neuronal tissue. The hypothesis of these experiments is that neurons activated during diving have specific brainstem projections.

Determination of brainstem neuronal involvement in the diving response

The general aim of this research is to record physiological variables (i.e. heart rate, arterial blood pressure, and respiration) in anesthetized rats while stimulating the nasal passages, or nerves that innervate the nasal passages such as the anterior ethmoidal nerve (AEN) or infraorbital nerve (ION). To initiate cardiovascular and respiratory changes, either water or ammonia vapors is drawn through the nasal passages. Alternatively, the AEN is electrically stimulated to initiate the cardiovascular and respiratory responses. In some cases after nasal or AEN or ION stimulation, brainstem tissue is immunohistologically processed to determine which nuclei are activated during the cardiorespiratory responses. The hypothesis of these experiments is that specific neurons within the brainstem of rats are activated during stimulation of the nasal passages.

Neuronal plasticity within the trigeminal nucleus

Following peripheral nerve axotomy, retrograde signals from the site of injury are sent to ganglionic cell bodies to induce axonal repair. Typically these changes occur over many weeks. However, after cutting the anterior ethmoidal nerve (AEN), central plasticity within the medullary dorsal horn occurs within 72 hrs, as there is an observed restoration of the nasopharyngeal response 3 days after AEN transection (McCulloch and DiNovo 2018). Therefore, our first hypothesis is that changes in gene transcription within the trigeminal ganglion could provide the neuronal signal that helps recovery of the nasopharyngeal response after AEN transection. Our second hypothesis is that changes in gene transcription, leading to neuronal plasticity and reactive synaptogenesis, occurs within the trigeminal nucleus after sectioning of the AEN, enabling recovery  of the nasopharyngeal response only days after the AEN surgery. This could occur via an increased turnover of dendritic spines mediated by dynamic release of multiple cytokines by glial cells. A precedent exists for such a mechanism and time course of reactive synaptogenesis following nerve lesion in the clinical phenomenon known as “Neuropathic Pain”. Preliminary results from our transcriptomic studies suggest that microglia, astrocytes, oligodendrocytes, secondary afferent neurons and GABA-ergic interneurons play an active role in central synaptic plasticity at the MDH. Our future studies will employ the use of Microarray and RTQPCR to detect changes in mRNA expression within the trigeminal ganglion and spinal trigeminal nucleus following AEN transection. In this way, we will identify the genes that mediate the nasopharyngeal response recovery and further investigate the molecular and cellular mechanisms by which they do so