My research focus is on using quantitative and computational tools and techniques in understanding biology from an evolutionary perspective. A background in organismal biology, statistics, genetics, and computational biology has allowed me to indulge in a somewhat wide area of research, ranging from using simulation to understand molecular evolution and phylogenetics; writing computer programs to improve and make freely available computational statistical tests; investigate the evolution of coding and non-coding regions of the genome; investigate the incredible diversity of the plant genus Impatiens (with over 1000 species) that takes on added significance as its only sister genus, Hydrocera has exactly one species; and collaborate with a variety of colleagues to whose research I contribute in the areas of molecular evolution and phylogenetics, computational techniques and statistics. The tools I use encompass empirical, analytical and bioinformatic approaches. 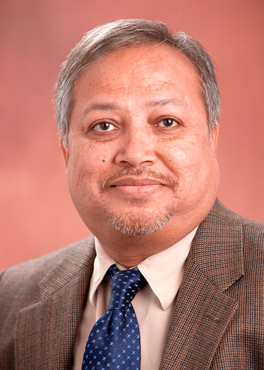 Realizing the importance of a quantitative approach in biology after an undergraduate degree in Fisheries Science, I obtained a Master’s degree in Statistics, and my first contributions to science resulted from my thesis research. Although there had been concern about dwindling fish landings along the southwest coast of India, there had been no quantification of the phenomenon. I was the first to utilize the statistical technique of time-series analysis to determine long-term trends, seasonal and cyclical patterns. This was the first work to quantify trends and patterns in fish landings using sophisticated statistical analyses.

For my doctoral research, I tackled the problem of understanding the effect of social behavior (specifically aggressive/passive behavior) of aquaculture fish on their growth rate by means of computing quantitative genetic parameters such as heritability and genetic correlation for the behavior and growth traits, with the ultimate aim of helping the fish farmer harvest uniform sized fish from his pond rather than a few large fish and the vast majority of smaller fish. This problem was particularly acute in the case of aggressive fish such as tilapia. However, this was not easy to study, as it was unclear if aggressive fish outgrew other fish or fast-growing fish became more aggressive. This feedback loop needed to be broken if such a study could be undertaken, which involved negating or nullifying the effect of the social microenvironment. I used a combination of statistical and molecular biological techniques to do so. First, I studied social behavior pairs of naïve fish (hatchlings that had just lost their yolk-sacs) that were randomly drawn from a pool of full and half-sibs. One of them was then randomly sacrificed and genotyped using STR markers, some of which I designed and developed. I then grew the rest of the half-sibs together in the same tank so that the social microenvironment was going to be randomized among the half-sibs. After several weeks of growth, I then measured and genotyped these fish. Thus, I had behavior measurements on one set of fish and growth measurements on their full/half sibs. Although the behavior and growth measurements could not be directly compared since they belonged to different individuals, they provided the breeding values of the parents for both traits. This was likely the first study to utilize such a combination of statistical and molecular techniques to overcome the biological problem of the growth-behavior feedback loop.

One important contribution during my post-doctoral training was analytical in approach, and tackled the question of measuring the evolutionary divergence between two orthologous genes after diverging from a common ancestor. We developed a simple statistic to measure the heterogeneity in substitution pattern between two orthologous nucleotide (amino acid) sequences, as well as a Monte Carlo procedure to test the statistical significance of an observed heterogeneity value. This study has implications both for understanding the fundamental biological processes such as genesis of novel function in the absence of gene or genome duplication as well as for practical considerations such as the choice of the appropriate model organism for studying a given aspect of the biology of a given target organism (e.g., human). It has been cited 120 times thus far. I also published two other papers, one of which has 90 citations and the other 20 citations thus far.

Following my post-doctoral research training, I have continued working in the area of computational biology and molecular evolution, including phylogenetic analysis. One of the most significant in terms of its impact was an entirely computational study, where we tackled the problem created by the wealth of gene and other sequences in inferring phylogenies. The issue to be resolved was whether to add (concatenate) all the available sequences and then make one inference from the combined data, or to make a separate inference from each sequence and subsequently arrive at a consensus inference from among all the trees. This was a very real problem since both methods appeared reasonable and indeed, were being used in the literature. A simple, yet effective way to discriminate between these two philosophically opposite approaches was to use computer simulation. Using extensive computer simulation, we showed, conclusively, that the concatenation approach was the better approach. This paper has been cited 226 times thus far. Recently, I wrote a computer program for the analysis of the Hill slope regression parameters for dose-response data that also allows the user to objectively delineate sensitive and resistant phenotypes. It has been partially implemented into an Excel macro by my colleague. Both components were published in 2015 and are available free of charge. I was invited to present this tool at an international conference, the paper has been cited 13 times so far, and I have received requests for the program from 43 people belonging to at least 15 different countries.

I have recently been interested in understanding character evolution in the context of diverisifcation and speciation, and have found that the plant family Balsamincase is a very good model for this purpose. This family has only two genera. One is Impatiens, which is rapidly speciating (with well over 1000 species), with extremely diversity in morphology, habitat, chromosome number, etc. On the other hand, Hydrocera, the only other genus, is completely evolutionarily static, with only species (H, triflora) that is confined to a specific area in South and Southeast Asia. I have been collecting tissue samples from Hydrocera and many Impatiens species for sequencing of important DNA markers for evolutionary analysis. I have also created a database of traits for over 500 Impatiens species. In the meanwhile, I have been collaborating with colleagues in China, mainly in discovering new species. Together, we have had several recent publications: