Walter C. Prozialeck has had a long and distinguish career as a biomedical educator and researcher. He received his Ph.D in Pharmacology from Thomas Jefferson University in 1978 and then completed a two-year post-doctoral fellowship in biochemical psychopharmacology at the Medical College of PA.  From 1980-1991, Dr. Prozialeck served on the faculty of the Philadelphia College of Osteopathic Medicine. In 1991, he joined the Department of Pharmacology at CCOM, and in 1997 he was appointed chairman of the department, a position that he held until 2018.  Dr. Prozialeck has had extensive experience in teaching Pharmacology to medical, pharmacy, optometry, dental and allied health students, and has lectured in numerous CME programs for physicians and other healthcare professionals. In addition, he has been extensively involved in research in the areas of psychopharmacology, toxicology and drug policy. Dr. Prozialeck’s current research is focused on elucidating the mechanisms by which the environmental pollutant cadmium produces its adverse effects, along with identifying early biomarkers of cadmium toxicity and kidney injury.  He is also interested in emerging herbal medications and publishes reviewers in that area.  He has published over 100 scientific papers and book chapters.  In addition, he has obtained over $3.0 million dollars in NIH support for his research.  In 2021, Dr. Prozialeck was the recipient of the Career Achievement Awards from the Metals Specialty Section of the Society of Toxicology. Dr. Prozialeck has served on several NIH study sections and as Associate Editor of the journal Toxicology and Applied Pharmacology.  He is a former President of the Great Lakes Chapter of the American Society for Pharmacology and Experimental Therapeutics and the Midwest Regional Chapter-Society of Toxicology. 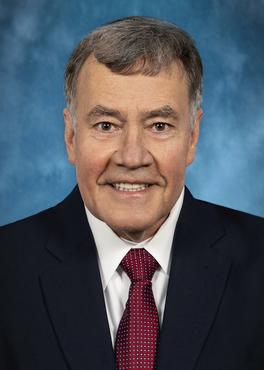 Dr. Prozialeck is currently involved in several areas of research. Over the past 35 years, his primary research has focused on the area of cadmium toxicology. Cadmium (Cd) is an important industrial and environmental pollutant that currently ranks seventh on the EPA's priority list of hazardous substances. With the low-level patterns of Cd exposure that are common in humans, the primary target of toxicity is the kidney, where Cd causes a generalized dysfunction of the proximal tubule. Even though Cd is recognized as a major cause of kidney disease in many parts of the world, the mechanisms by which Cd damages the kidney have yet to be elucidated. Moreover, current methods for monitoring exposed populations for early signs of Cd nephrotoxicity are inadequate. Dr. Prozialeck's research is aimed at addressing each of these important issues. One project centers on the possible role of the cadherins family of calcium-dependent cell adhesion molecules as molecular targets of cadmium toxicity in the kidney. A second project is aimed at characterizing the use of biomarker molecules such as Kim-1 and cystatin C as indicators of cadmium-induced kidney injury. A third project, being conducted in collaboration with Dr. Michael Fay of the MWU Department of Biomedical Sciences, is aimed at examining the possible roles of micro-RNA's in the pathophysiology of cadmium nephrotoxicity. In addition to his cadmium research, Dr. Prozialeck is involved in a collaborative research with Drs. Marc Scheetz and Brooke Griffin, of the Chicago College of Pharmacy, that is aimed at developing formulation and dosing protocols for the antimicrobial drug vancomycin with reduced potential for causing kidney damage. Dr. Prozialeck is also interested in herbal medications such as kratom and marijuana. Dr. Prozialeck publishes literature reviews and is involved in efforts to formulate rational policies for the use and regulation of these agents.

2000, 2002, 2009    Original research images selected for cover art on issues of the journal, Toxicology and Applied Pharmacology

2010                         Educator of the Year Award, from the American Osteopathic Foundation, https://aof.org/grants-awards/physicians-educators-and-researchers/educator-year/past-recipients