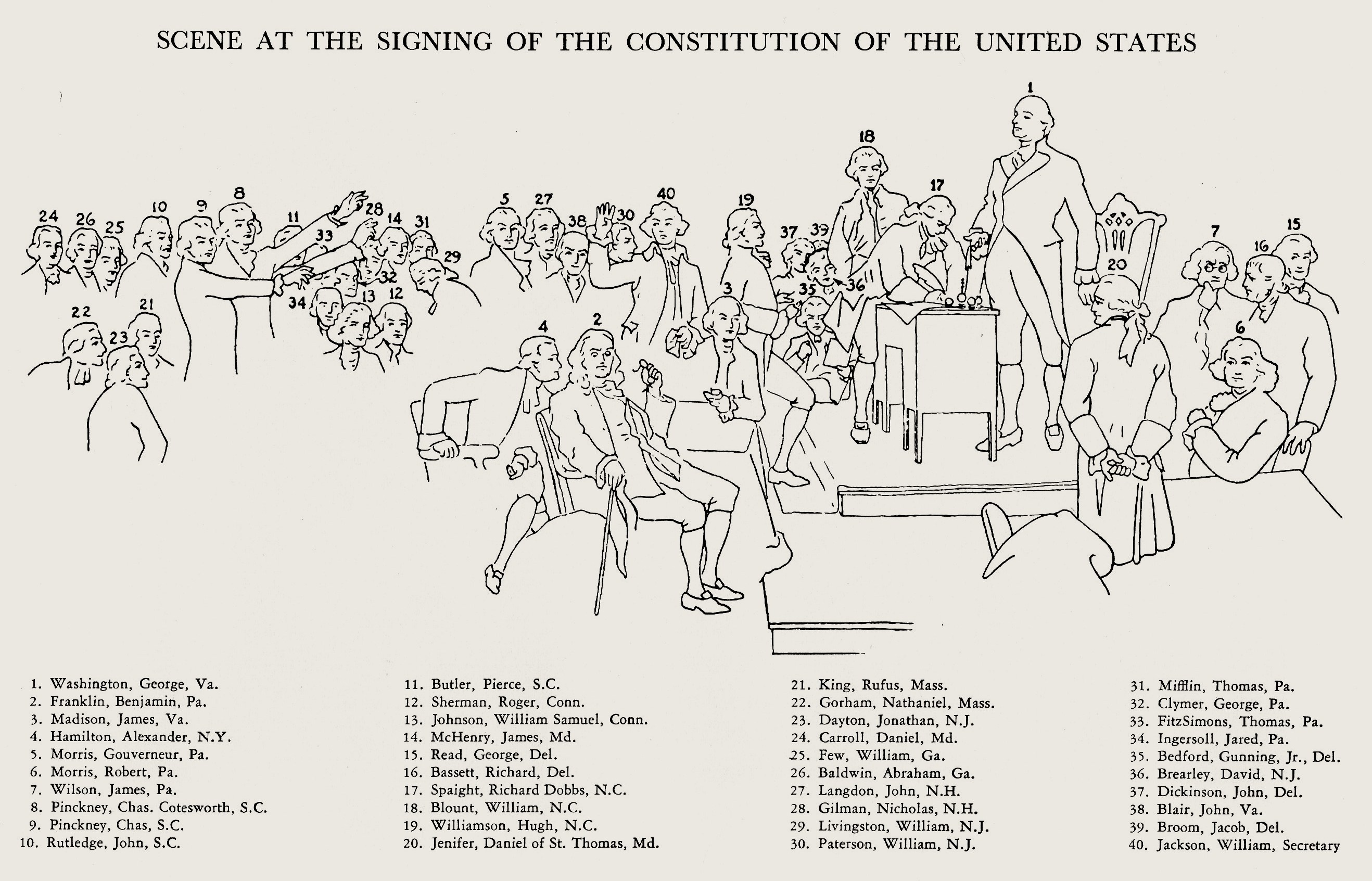 "We the People of the United States, in Order to form a more perfect Union, establish Justice, ensure domestic Tranquility, provide for the common defence, promote the general Welfare, and secure the Blessings of Liberty to ourselves and our Posterity, do ordain and establish this Constitution for the United States of America." - Preamble to the Constitution

"I agree to this Constitution with all its faults, if they are such, because I think a central government is necessary for us... I doubt too whether any other Convention we can obtain may be able to make a better Constitution." - Benjamin Franklin, (closing day of the convention in 1787)